Facts That Will Help You

A perfectly straight golf shot with a big club is a fluke.

Golf is not, and never has been, a fair game.

The mind messes up more shots than the body.

Most people play a fair game of golf - if you watch them.

The only thing constant about golf is its inconstancy.

Everyone replaces his divot after a perfect approach shot.

A tap-in is the larval stage of a hop-out.

You really only need four clubs to hit every bad shot in golf.

No putt ever got longer as the result of a ball being marked.

Golf is a game of misses. The guy who misses the best is going to win.

The Mulligan was invented by an Irishman who wanted to hit one more twenty yard grounder.

A tap-in is a putt that is short enough to be missed one-handed.

Many shots are spoiled at the last instant by efforts to add a few more yards.

When you look up and cause an awful shot, you will always look down again at exactly the moment when you ought to start watching the ball if you ever want to see it again.

Any change works for a maximum of three holes and a minimum of not at all.

No matter how badly you are playing, it is always possible to play worse.

The less skilled the player, the more likely he is to share his ideas about the golf swing.

The less intelligent the player, the more certain he is to offer insights into the mental side of the game.

The higher a golfer's handicap, the more qualified he deems himself as an instructor.

Counting on your opponent to inform you when he breaks a rule is like expecting him to make fun of his own haircut.

Taking more than two putts to get down on a lightning-fast, steeply sloped green is no embarrassment unless you had to hit a wedge between the putts.

The shortest distance between any two points on a golf course is a straight line that passes directly through the center of a very large tree.

There are two kinds of bounces: unfair bounces, and just the way you meant to play it bounce.

If your ball disappears in the fairway of a blind hole, it's probably because it rolled into an anti-divot and vaporized.

It's a simple matter to keep your ball in the fairway if you're not too choosy about which fairway.

The frequency with which balls are lost increases as the available supply decreases.

A ball you can see in the rough from 50 yards away is not yours.

If both balls are in the bunker, yours is in the footprint.

The 25 footers that you made in the store before you bought that new putter are the last you will ever make. 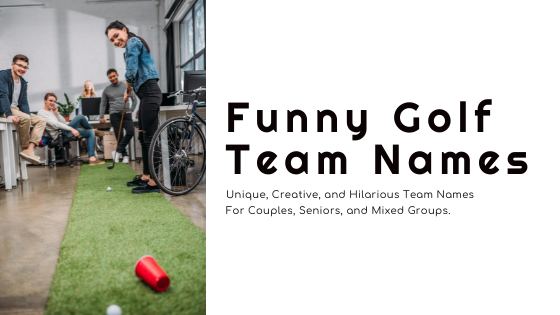 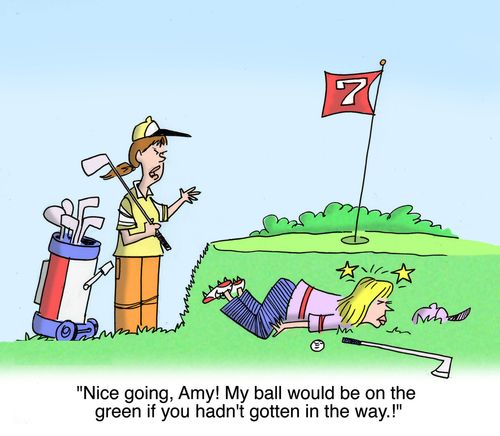